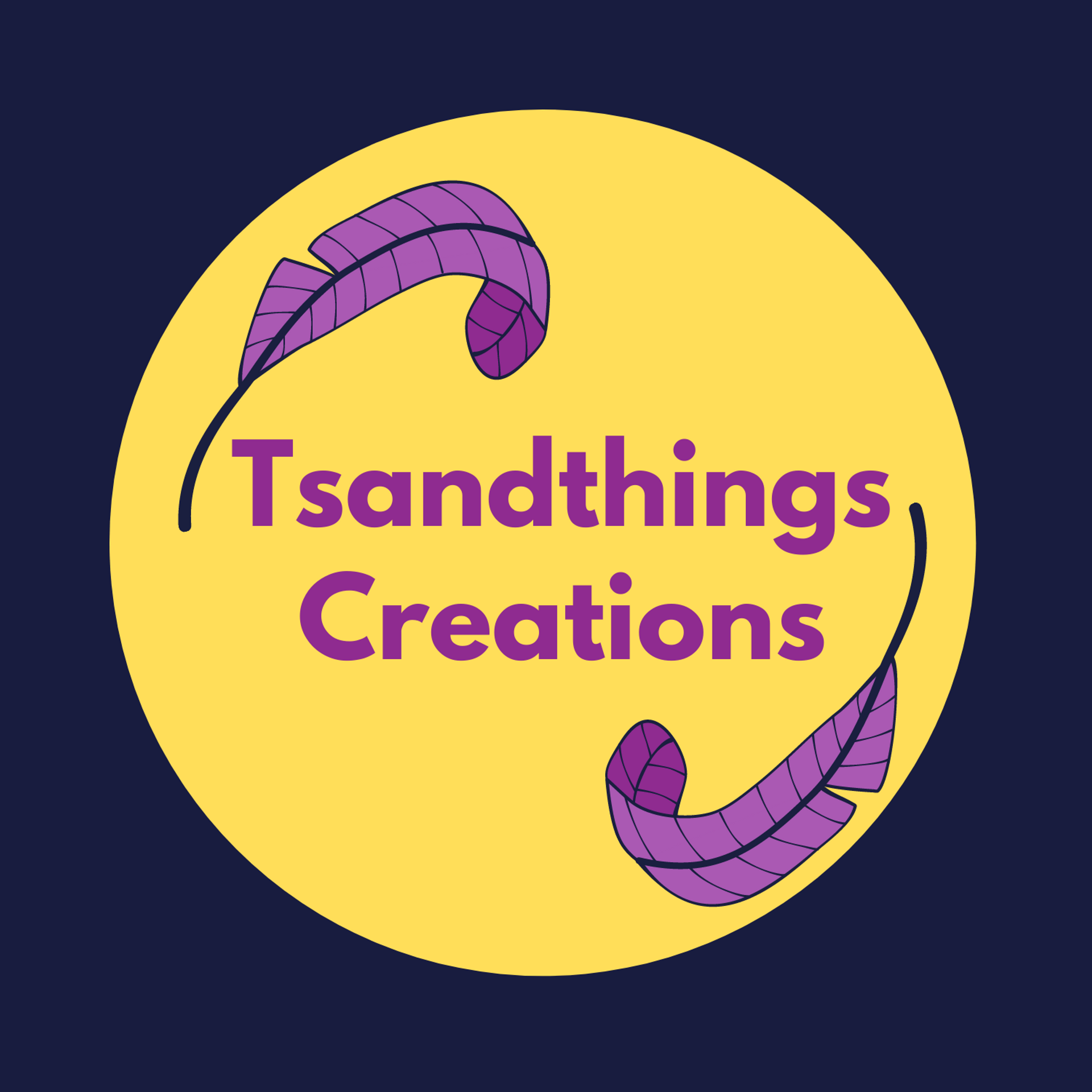 For ideas, comments and thoughts

As 2013 rushes in with its workload and its promises, I wonder which way it is heading. New and unexpected responsibilities at work have given it an exciting anticipation and I am impatient to see results.......but I must wait and in anticipation, remain watchful with hope that all the hard work will indeed make a difference. Thanks to family and friends who have remained supportive.

The smile , the cheer, the laugh,

Does not , as the wish, hide the fear

Of uncertainity and apprehension

Of everything, of the future

You are restless, in a sea of people

There, but not quite

At times, deep in thought

Flailing among dreams and desires

Which fight for recognition and attention

A search for peace

A need for rest

Do not run helter skelter

In that endless quest

That silences the visible you

But stop, a moment

In that deafening silence

A myriad of colour and dance

Look to the creator

To gain insight and understanding

The very core of your soul

Who are you and

A mountain of philosophies

But sift and sort

The brain, the mind

Are equipped for such a task

Tiny pale green leaves emerged from dry twigs. It was as if informing that there was life after all, hidden in the dehydrated branches. I watched the leaves multiply slowly but surely till the pale leaves became darker as the sun shone, water provided much needed raw material as did the potting mixture in the sandy soil. Relief heaved a sigh and I continued to hope that all would be well and my three nurtured pots would finally provide me with fragrant curry leaves for my rare cooking escapades.

I still remember the fragrance of these leaves, strong, sharp and inviting when I walked into the OR changing room, quite a few years ago. A strange smell in an otherwise clinical environment. A nurse had this plant growing in her garden and would occasionally break off large bunches and bring them in plastic bags to be distributed among other Indian staff. The grand old curry leaf, rare to find in those days even in the Malayalee run cold stores, was an essential ingredient in South Indian cooking. The aroma, whether being fried in oil or dropped into curries was mouthwatering and would almost instantly send one's thoughts back to mother's kitchen and home cooked food. However, as all ethnic cooking is, the appreciation of the aroma and the taste was an acquired one. Some people would meticulously pick out these leaves out of their food and not eat them at all, but I loved them. I am not sure whether it was because someone had told me that they were good for hair growth. A friend from another part of the country once told me that she never did really care for them. I smiled and thought that she really had no idea how Indian food was taken to another level by the presence of these leaves.

If a curry leaf tree, well cared for could grow in the arid Bahraini environment, in sandy, salty soil and still smell so mouthwatering, I wanted one in my garden. Unfortunately, I didn't have green fingers as some people did and was concerned. With much trepidation, I did accept a cutting with strict instructions on how deep to dig, where to dig, what to add and mix into the soil and how exactly to care for the plant. We eventually did have a curry leaf plant in the garden. It grew well till slowly leaves started drying up and some turned pale green. My busy schedule and my lack of the green knowledge was the downfall of my little tree. It was soon reduced to a bunch of dried twigs. Egg shells were crushed into the plant bed, weeds were searched for but there were none, tea leaves were dropped around the plant and some times some of the vegetable waste from the kitchen. Just as we were about to lose hope, tiny pale leaves sprouted and life reared its welcome head. The tree was born again and soon laden with droopy branches full of aromatic leaves. It was watered regularly and didn't need much care after that due to its good behavior.

All was well till the day I had to move. What would I do with that which had matured now to a sturdy woody plant. I made regular visits back to my old house to pick up mail and ended up breaking off twigs of the plant and taking them back to work. A colleague requested that they would like to replant my curry leaf tree in their garden. It was a relief to realize that there would be someone to realize the potential of the curry leaf tree and be there to nurture it. The relief, however was soon replaced with apprehension.

“The tree will die”, said the watchman. “It was just fortunate that your tree grew here. It wont survive if you move it.” My colleague reassured me that she would take all the care required to ensure its survival. Parts of the tree were taken back and planted in three pots and placed in my balcony. My colleague brought her gardener and they carefully uprooted the plant and replanted in her garden. I felt as if I had lost a part of me. Rather overdoing it, I thought. It was a strange feeling. Poor tree, which had no feelings, was unaware of my thoughts. Two days of “intensive care” brought drooping leaves back to life and my curry leaf tree is now thriving in its new location.

I stood on my balcony and watched the green emerging from the brown. Even the third and final twig had grown leaves. I watered the pots and smiled. Last week, I had decided to give away the pots to people I knew. “ They would appreciate this gift”, I thought. But now, after the advent of pale green leaves, I want to be selfish and hold onto the plants. Perhaps I will, Perhaps I won't. I will wait for darker leaves and then make my decision.

Make us rulers of our world

Or do we remain

Of what may not be true

And of what we have always had

Or do we cast away all ties

That hold us down

And become part of who we are

Out over the horizon

The dawn of truth

A changing of the tide

And a possible way

Life as I knew it

I go about routine

On the dawn of reality

That tears refuse to flow

In fact, nothing happens

In responsibilities that demand

The loss is great

The need is strong

To see and touch

To be there for you

I see your smile

In my mind’s eye

The tug on my heart

I know that it must be

That you not suffer more

More than you could

So silent and enduring

But slowly, I must

And slowly, I do

Talk to my inner being

Search the depth within

Tell me what you see

Reveal me to you

The cannot is a can do

Transformed into much more

Your hope in me

For me to build on

To take a tear

Shed with the effort

And fill an ocean

And laced with fervor

Of reward or return

Would but a blind

A path for fools

Who know no better

A desire for triumph

Over what is so near

Minutes merge into hours and days

To weeks and months

Usurped, as in a civil war

All that is seen

Or can be done

After the passage of time

One reaches a moment

How did I get here?

A myriad of lists

A to do for today, tomorrow,

Into a dusty fuzziness

My finiteness, my limitations

I still forge on

Energized by a new day

Pushing me to be who I am

From my own inadequacies

I see the need

To first forgive myself, to be kind

To acknowledge my limitations

And then the gauzy haze lifts

And then I know that I will survive

Cos I look different

Not important to you.

Cos I am happy

Yet reach for the Sky ,

in the way I know how

Cos I want to be someone

Cos I don't understand

Your point of view

Neither do I agree

With what you say

Cos I am fat or thin

Rather look into my heart

Try and see the other side

That I can be a source of support

In my own simple way

That maybe , you can learn

Something of who I am and of other things

That life is bigger than your world

That I am not a threat

And that I can, and will be your friend

In your deep brown eyes

Yet too polite to ask

If something was troubling me,

I see the desire to rise

Rise above the mundane and routine

Take flight to soar , to fly

Free as a bird

In the laugh, so generous and hearted

I hear, not the sound of the smile

Rather the sound of a child

To run, wild, not as if disheartened

Rather wild , as if free of all cares

Free of ties that bind

That hold, restrict and tether

In those eyes that see beyond

Of life and all that it gives,

By the finite mind

This is hope, that cannot be

Dampened, no matter what

No matter how hard

The eyes may shut ever so briefly

For much needed rest

Yet the look does not change

To rise new every morn

And start all over again T

We all have them

That the hope we cling to

Will indeed set us free